Republican for the Virginia Senate

Growing up on the Eastern Shore Elizabeth Lankford learned about hard work and character. As a young girl, she was involved in her family’s agricultural business, seeing how the government can be both necessary and intrusive.

After graduating from James Madison University Elizabeth moved to Washington DC.  She began working for the Healthcare Distribution Alliance (HDA).   The HDA is the national organization representing primary pharmaceutical distributors, the vital link between the nation’s pharmaceutical manufacturers and pharmacies, hospitals, long-term care facilities, clinics and others nationwide.  At HDA her responsibilities grew quickly.  She helped state implement safety measures within the pharmaceutical supply chain throughout the south and Midwest.

But the Eastern Shore was calling her back.  She had an opportunity to run her own business and made the brave jump into the world of owning a small business.  In December of 2016, Elizabeth purchased the Blue Crab Bay Company, in Melfa.  Blue Crab Bay is a specialty food and homeware manufacturer and distributor.

As a businesswoman, Elizabeth has seen the impact of needless government regulations.  She has known the challenges of making payroll.  Elizabeth has modernized the company’s internal operations, upgraded its supply chain, and expanded the business reach of the company.

Now Elizabeth has decided to take the bold step into a run for State Senate because things haven’t gotten better while she was away. Opioids have spiraled out of control. Job growth hasn’t picked up despite the economy improving. Flooding isn’t just the same problem it was a decade ago but has gotten worse.  What we have right now isn’t working. It’s time for someone to step up and not just do the bare minimum needed to get re-elected. Things have to change.

Young, energetic, and a problem solver, she looks forward to the opportunity to represent residents of the 6th Senate District.

This message is only visible to admins:
Unable to display Facebook posts

TODAY is Election Day, & I’d be honored to have your vote for Virginia State Senator of the 6th District. Vote TODAY at your assigned polling location! Please visit https://t.co/r9AeUYzABY & make a plan to vote today! #txlege #KeepTexasRed 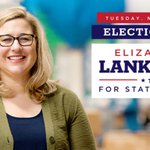 Friends, TODAY is Election Day. Head to your assigned polling location & cast your vote: https://t.co/r9AeUYzABY! I would be honored to be your voice in the Virginia Senate, & I ask for your vote so I can advocate for our needs in the 6th District. #txlege #KeepTexasRed 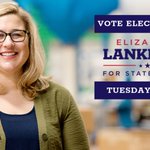 TOMORROW is Election Day! With your vote, I will advocate for the needs of SD 6. Polls close at 7pm. Find your polling location & VOTE TOMORROW! https://t.co/r9AeUYzABY #VAlege #VAsen #VApolitics 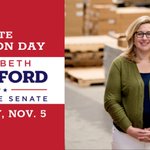